When I joined the US Navy in 1991, my life was coming apart at several well-worn seams. They all came back to one central lack. I never really had a dad. I had a dude who contributed “half” my DNA, but he never provided a single piece of actionable intelligence. He never gave me an ounce of the advice I needed to steer my life in a new and more positive direction. My Uncle Sammy, though? He had all kinds of useful advice and life skills to impart. I’ll be forever thankful I decided to listen to him for ten years.

The most valuable lesson I learned right away was to trust in my shipmates and by extension trust in myself. The mission came before egos. Mostly. No system is perfect, but the military goes out of its way to transform antisocial and dysfunctional men and women (most barely done with being boys and girls when they join) into functional humans capable of far more than they ever thought possible. The Navy gave me the freedom and the structure and the encouragement to be the best I could be despite any lingering issues or impediments I brought to the table. They were usually accommodated with very little fallout.

That’s where the military fails its people. A startling amount of personal chaos is tolerated as long as you do your job and have sharp creases. The form is often times much more important than the dysfunction. I played every technicality available to me. Many more than once. Any other job and I would have been fired tens times over. As far as the Navy was concerned, though, my sorry ass was never past saving as long as I could write, shoot video and shine my boots. A fairly low bar for me that should have been raised from time to time but never was. I failed upward for a decade.

It really set the stage for nearly twenty years as a civilian where that sort of “failure” wasn’t tolerated in the least. It’s little wonder that many vets have a very difficult time reintegrating with the civilian world. Being great at your job is one of the last things being judged. A startling amount of incompetence is tolerated in favor of conformity. It seems odd that the civilian world would value conformity more than the military, but as far as I have seen, Uncle Sam was way more forgiving of individualism within the confines of the greater collective. Civilian employers? Not so much. Civilians want you to toe the line even when that bastard is shifting constantly or isn’t even inscribed on the floor. Obedience not discipline. Very different things.

The other big negative for me was the impact to my interpersonal relationships, though I’m not sure I can place all the blame at Uncle Sam’s feet for that one. I was pretty damaged in that area long before I joined the military. What the Navy did make more severe was a low tolerance for bullshit and removing what little filters I already possessed. No one is afraid to tell you exactly what is on their mind, which is great in a fraternal order like the Navy but not quite as great when you are arguing with your significant other and retreat is a much better tactic than doubling-down on whatever crazy shit is going through your head. Discretion is a talent I’ve only recently discovered and it’s amazing. Wished I’d found it years ago.

Joining the Navy was still the single best thing I could have ever done besides leaping in with both feet to pursue my son’s mom. Both events turned out to be more blessing than curse despite the difficulties. I would have approached both very differently knowing what I know now, of course, but I would make the same decision today in both cases. No brainer, really. 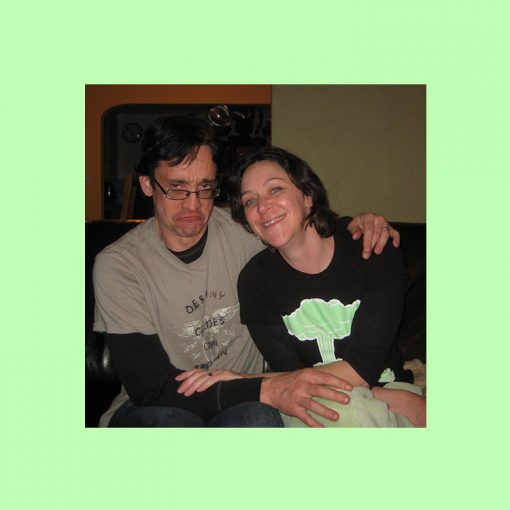 From the outside looking in, a spiritual transformation of one’s base personality (ego destruction if you will) may seem like an abrupt […]