When you spend your life lying to yourself and everyone around you, the hidden truths become an invisible barrier to forming healthy relationships. I didn’t know I was “lying” at the time, but that remains a distinction without a difference in most cases. The damage my blindness caused was always quite real and oftentimes led to rifts with the people I hold most dear. My brother Sean and I butted heads frequently over the years. Not all of it my fault, of course, but certainly something I should have mitigated way sooner as the oldest sibling.

We were super tight for a long time despite not growing up together. I slept in a beanbag chair outside the birthing room the night Sean was born. Changed diapers and calmed storms when he was a baby. Mom kicked me out of the house to live with my dad when he was four years old, but I returned over the years for brief visits. We really didn’t get to know each other as “adults” until I started a company with my best friend Mikah. He’d “adopted” Sean years earlier in his heart. His own little brother was beyond his reach, so my little brother seemed a natural fit for all the Big Brother instincts he needed exercise to feel whole. That didn’t work out in the end for various reasons, but it isn’t really my place to tell that story.

I left the Navy in April of 2001, but Sean moved to Alexandria to live with Mikah and his family several months earlier. The two of them were setting up our “office” in a suburb of Washington DC even further out and getting ready to launch the company we’d dubbed HC2, Human Capital Squared. Still a brilliant idea that hasn’t been done. By all reports, it was a Bromance from word one. By the time I arrived to add my meager talents to the mix, the two of them had made amazing progress, especially considering Sean had zero experience in anything beyond a marketing class in high school. It wasn’t long before the dream ran out of steam, though, and our first entrepreneurial endeavor headed quickly for the shitter.

Sean dusted himself off and moved back to Colorado. Mikah and I limped along for several more months before imploding. I moved to LA to chase my dream of being a screenwriter, but that didn’t really work out either. In the meantime, my brother enrolled at Colorado State University in Fort Collins and decided to pursue a career in sports medicine. I eventually ended up back in Washington DC after my west coast adventure ended, just in time to give Sean a couch to crash on for his internship at a toney sports club in Foggy Bottom. We moved to a two bedroom unit two floors up and officially became roommates until I met the woman who would be my wife.

I’d like to say those years were spent getting to know and respect each other as adults, but that’s not exactly the way it turned out. We had plenty of knockdown, drag-out fights over nothing. Literally. Our egos and demons tangled on a fairly frequent basis, in fact. I’ll be damned if I can pick any one argument now to represent the whole. I suspect many were simply overreactions to well-meaning advice from my “little brother” that his “big brother” wasn’t really hearing from anyone at the time no matter how much they meant to me. It wasn’t until very recently that my heart and mind opened up to receive feedback without drama.

We’ve spoken a couple times since this transformation began. The change in tenor and tone was amazing. One by one, all the important relationships I took for granted for as long as I can remember are tightening up. I expect this trend to continue for as long as I am willing to do the hard work of changing myself. I’m curious to see how my close relationships deepen over the coming years given how shallow they’ve always been. I’m not going to stop learning and growing now. It feels way too good to be tight with the ones I love. Finally. 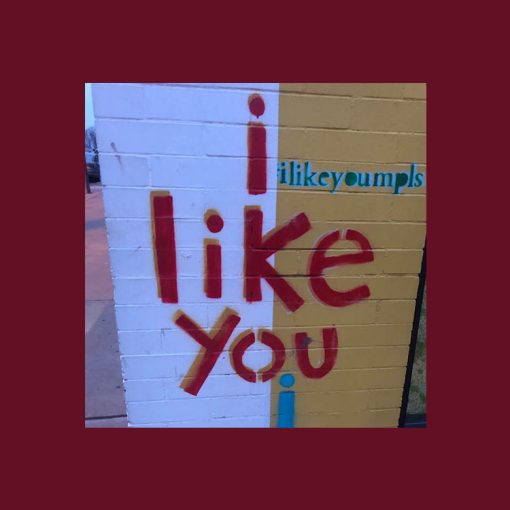 One of the things that gives me great comfort is music. I sing karaoke. I sing in the shower. Sing in the […]