Mom followed the $12,000 rehab with a transformative five-day Outward Bound experience for me and Abby in the rugged mountains outside Leadville, Colorado. I’m not sure how much that one cost her, but it couldn’t have been cheap. Mom’s instincts were spot on and it should have worked given who I am today, but I was too far gone just then. I had a few more intense beatings to take before my ego was sufficiently tenderized to allow room for more rapid personal growth.

I returned from the mountains outwardly changed, but my demons still grumbled just beneath the surface. The inevitable fall from grace was delayed when mom took me to an eye, ear and throat specialist to fix a deviated septum. My nose had been broken in fifth grade when I took a knee to the face during Tae Kwon Do class. It caused physical and emotional discomfort for years and getting it fixed should have been the icing on an expensive layer cake of personal growth that summer. I had a cast for a couple of weeks and had to regularly change the gauze strips packing my nose, but I healed in an amazingly short period of time with a razor-straight beak ready to get bent out of shape.

It didn’t take long for my perpetually self-fulfilling prophecy to come true once again. I was at the local mall a few days after the last of my bandages came off and ran into the baddest of the Billies from my freshman year at Bear Creek High School. It didn’t take much to ditch the arcade games for the tan Crown Vic. From there, it was a short ride back to my old stomping grounds and a variety of forbidden entertainments. I had been sober for an entire two months, so it was clearly time to party. This wasn’t the first time I picked the wrong group of sociopaths to play with and it wouldn’t be the last. The one thing I remember before slipping into a blackout was Billy throwing a motorcycle helmet at my head and yelling “Think fast!” after it left his hands. As fast as I normally am, I still took the full impact of the shiny black plastic square on my left eye and newly repaired nose.

I vaguely recall later accusations of a stolen Zippo lighter and a heated argument that might have led to a more purposeful ass kicking. My “friends” dropped me off near Kipling and Colfax avenues around two in the morning before speeding away into the night. I stumbled as far as the nearest streetlamp before collapsing at its wide base with my head hanging between my legs. I likely made for a pretty pathetic sight, because a good Samaritan called an ambulance at some point and I was carted off to Saint Anthony’s hospital, about a mile from our house.

In the days before mobile phones, the last word mom heard from me was “Goodbye!” as I went be-bopping out the front door eight hours earlier. I can only imagine the fear her imagination supplied when I failed to return by dinner. By midnight she would have been frantic. A three a.m. call must have been an eternity.

I learned later that I had been cavorting near the edge of death that night with a 3.75 blood alcohol level and moderately severe concussion. It explains the mixture of relief and anger that greeted my good eye cracking open to a curtained hospital bed in the emergency room and my mom pacing nearby. I gingerly touched the purple mess that was my left eye and nose before croaking for a mirror and some water. Mom delivered ice chips and a small cosmetics mirror after giving me a fierce hug that cracked my skinny bones. She whispered threats and thanks in equal measure, so I knew this too would pass as so many trespasses had passed before this.

I wish the same could be said for my second semester of tenth grade at Jefferson High School. The fact that I was so much smaller than everyone my own age took on a new significance that year. It was like being back in sixth grade all over again, the first time I had faced down these same taunting faces with a tattered leather briefcase. One angry red face in particular would serve as the minor imp in my own personal hell. I still think of him as Baby Huey, though his actual name might have been Chris. Or James. Jake?

Something Biblical and ironic given his penchant for torturing any kid who couldn’t clear the top of his  prodigious man boobs. If Baby Huey was able to lean on your head, you were in serious trouble. I was especially vulnerable because we shared the same group of friends, a clique short on sympathy for weakness of any kind. There was no Big John to get my back when Baby Huey duct taped me to the round metal rails providing a backstop to the school’s backdoors. It was more than an hour before a faculty member stumbled upon my plight and cut me free with the giant metal scissors every student in America would still recognize.

They would also recognize the abject terror of contradicting the herd. Not a single classmate flagged down a teacher and said, “Hey, there’s a kid tapped to the pole out back who you might want to check on.” The bullying was so bad that by early October I decided quitting school was the only option. My mom didn’t stop me when I finally explained what was going on. I didn’t know she called my dad and asked him to come get me, but there was nothing more she could do to help me, so the call makes perfect sense in hindsight. I was on my own or I was going with him, but I wouldn’t be welcome in her home until something inside me changed for the better.

What none of us knew until dad drove halfway across the country was his cancer diagnosis six months earlier. The afternoon sun was heading toward the mountain peaks lining the western horizon behind the school. Jefferson High School’s front door was on the eastern side of campus, so my dad was theatrically lit as I came running down the steps to meet him on my last day of school in Colorado. The sun reflected off his completely bald head, the first time I had seen the damage wrought by chemotherapy. Dad was standing next to the black Mazda pickup he bought using my social security number instead of his own. I don’t begrudge him the slight in the fullness of time and he certainly earned the consideration with the two-day drive he had just completed to save his only son from an terrible situation. I gave him a hug and was startled by what I found.

Never a huge guy, my dad nonetheless commanded a certain  amount of attention with five feet eleven inches of fast-talking bullshit weighing in at a solid 175 pounds. Pops was maybe a 130 pounds now, gray suit jacket hanging on his skeletal shoulders as if a wooden hanger were inside. The chemicals used to shrink the grapefruit-sized tumor on the artery feeding his left kidney also wasted his body away to a wisp of its former self. Hot tears came unbidden, but dad’s beaming smile sent them away just as quickly as they arrived.

Gordon Miller laughed in the face of tragedy and leaned into each adversity. It’s not a question of how often you get knocked down. Getting up is the real challenge and my old man did so time and again without losing his patented grin. When you emerge from a stumble with both feet planted firmly on the ground, taking advantage of the next opportunity becomes that much easier. The ability to slip a punch and live to fight another day is my dad’s single greatest gift to me.

We headed downtown for an afternoon chemotherapy treatment that dad scheduled at the University of Denver’s cancer center, a stone’s throw from the rehab I so recently ignored over the summer. This gave him three days before his next dose of chemicals were scheduled at the University of California, Davis in Sacramento’s suburbs. I hung out in the waiting room and walked the streets nearby puffing on cigarettes while dad poisoned his cancer for a couple hours via hanging bags of IV medication. 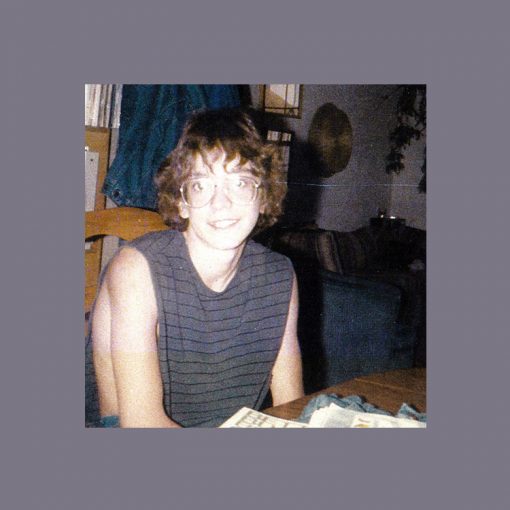 My dad “lost” his condo before summer ended, so it was another round of domestic musical chairs that found my sister back […]