My dad “lost” his condo before summer ended, so it was another round of domestic musical chairs that found my sister back with mom while I stayed with dad in an apartment he shared with an old friend from somewhere or other. The guy drove a 16-wheeler and was rarely home, so Gordon made his chaotic life work like a charm once again. Since I failed the second half of ninth grade, I was back at Wheatridge Junior High School to get caught up enough to transfer to Jefferson High School for the second semester.

It was a short window of opportunity to become the popular kid I always wanted to be, though my sister wasn’t happy sharing her final year at the top of the heap. This was years before they sent ninth graders off to high school as ritual freshman sacrifices like they do today. I got a job at a nearby Italian restaurant as a busboy and settled in for five months of relative peace and quiet with plenty of spending money for my various entertainments and no adult supervision to get in the way. I made up enough credits to start tenth grade in January and started high school for a second time, behind the power curve but moving fast. My dad had again done something or other that lost us our place to live and I was back with my mom when he headed to California chasing a chocolate-covered unicorn.

Mom worked an inhuman schedule with a two-hour commute as the senior paralegal for the senior partner of a high-powered medical malpractice firm in south Denver. She still managed to put dinner on the table every night and keep her three young children generally pointed in the right direction, which is a huge accomplishment that not many parents can claim. She started dating a high school friend who would become her life’s love in short order, so that accounted for most weekends. My antics didn’t make that process any easier, though Jerry had three teens of his own and a younger son besides, so I wasn’t the only kid responsible for the perpetual chaos in our lives.

It did make for a fairly strange Brady Bunch given the personalities involved. Despite my mother Olivia’s best efforts, I chased trouble like an addict after a fix. I’m not sure when danger became my drug of choice, but I can’t blame teenage hormonal imbalances since I’ve always been out of control and never missed an opportunity to get into trouble. The shit I got into just got deeper as the years passed. I turned sixteen before the end of the school year, nearly catching up to my tenth grade friends despite the intensity of my partying. If I completed a single semester of summer school, I could start my junior year back on schedule with everyone else. Piece of cake. That wasn’t the way things turned out.

Mom and Jerry went away for Memorial Day weekend, my four-year-old brother in tow. That left me and Abby alone for the extended holiday with a parent-free home just a few blocks from the hottest cruising spot in the city. I would love to say I resisted the temptation, but I don’t remember thinking twice before using my mom’s much-loved townhouse as a party pad for ruffians and delinquents. Such disrespect for any human being, much less my own mother, makes me cringe today. The Navy taught me better than that, using honor and integrity as watchwords for a more connected experience. Like family, the military requires an unthinking commitment to a shared set of ideals and the will to carry it to the finish line. I could have used some of that thinking earlier in my development given the lack of a father figure. I love my pops for who he was, but I had to find alternative influences on how to become a man.

That crazy morning, Mom and Jerry walked into her townhouse after the long weekend to find five or six teenagers sprawled in various stages of inebriation and the house that hosted the party in total disarray. To say my step father’s head exploded would be an understatement. He is nothing if not a fanatic about respect for parents from kids. A few of my “friends” were a bit too big for their britches, so the burly sheet-metal foreman showed them the door with as much force as was required to be relentless. An immovable force meeting an ignorant object. The Baby Huey who would bully me into fleeing the state five months later took more coaxing than the rest, but Jerry eventually had things pared down to just me, the trashed house and my shocked mom.

Not a pretty snapshot in time. I would like to say Jerry resisted the urge to inflict physical punishment as I pouted with derisive vigor and used lots of words to say nothing at all. Midway through some sort of justification for my unjustifiable behavior, the man just couldn’t take it. He leaned in and bit me on the cheek. It wasn’t hard enough to break the skin, though it did leave a red mark and a sharp pain that faded quicker than the shock of being confronted. My mom and I were in a habit of passive-aggressive communication. She also kept the men in her life away from disciplining her teen children. Jerry was fast becoming the father Jon would need, but our familial structure wouldn’t allow me and my sister to take advantage of the same dynamic. We were too far down terrible roads of our own making and many miles to go before we could rest.

Instead of starting summer school in June of 1986, I took a short drive to a rehab clinic in downtown Denver. It was an in-patient facility treating men and women of all ages and addictions. A handful of kids with alcohol or drug or food or sex problems were there alongside adults in varying stages of protracted battles with demons of their own. I was familiar with the behaviors and excuses, so I buckled in for a crazy ride with IV-drug users turned to prostitution, three-scotch executives, screwdriver housewives and every degenerate you could think of tucked in between. It was also another missed opportunity to change direction while I was still young enough to take full advantage.

The rehab was tucked into a discreet corner of a large urban hospital complex. The cafeteria food we ate three times a day wasn’t as awful it should have been. The six-week program also fed us a steady diet of Alcoholics Anonymous and Narcotics Anonymous meetings, group and individual therapy sessions (complete with art projects that somehow led to tears and recrimination) and daily physical fitness activities. I did exactly what I needed to do in order to make it successfully out the other side, nothing more and nothing less. A month and a half later I was released to mom’s care in a slightly more humble and timid state. 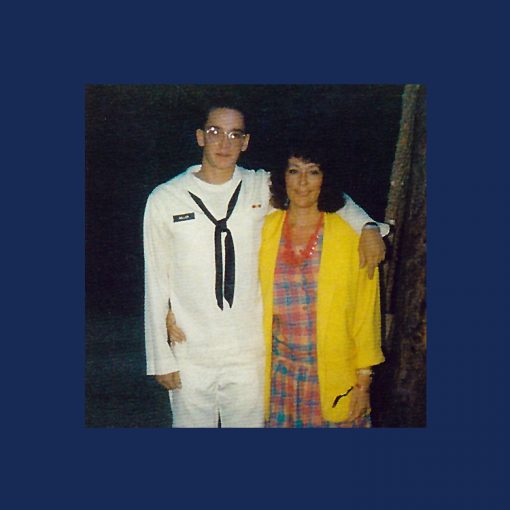 Before the hammer could drop at TAD in May of 2013, Megan felt optimistic enough about our future prospects to plan a […]